Last year we found a great deal on a used 21′ by 60′ greenhouse.  The steel pipes of the house are extremely heavy-duty, and it has built-in two-tier benches that line both sides.  It has sliding barn-type doors on each end and a lot of hanging rails for potted plants.  The greenhouse originally belonged to Kroger and was used as part of their floral department. 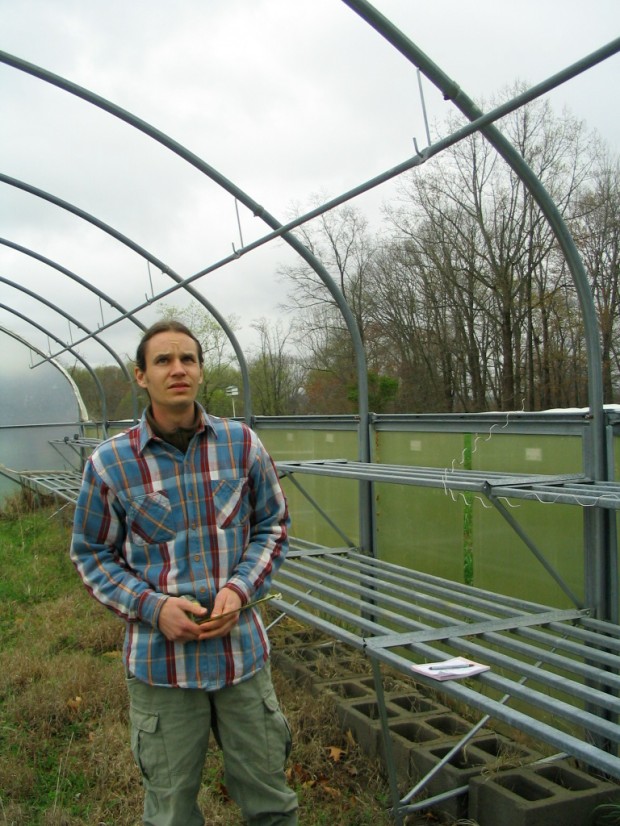 It took us several days to dismantle the greenhouse.  The owner of the greenhouse also threw in a 6 foot long stainless steel one-bowl restaurant type sink, which will be great for a potting house or wash station.  Also included in the deal was a roll of white plastic, which is what is used in flower basket production, and plenty of wiggle-wire for the channels already attached to the structure.  The lower portion of the side walls are polycarbonate panels, which were all intact and in decent condition. 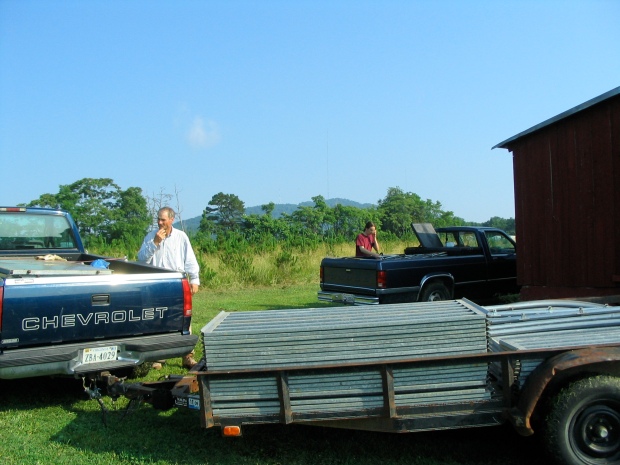 So once we closed on the property, we were ready to move the greenhouse pieces.  Dad rented a trailer and we loaded the pieces and took the hour drive down the highway to the farm.  It’s never fun moving things, especially heavy pieces of dirty metal, but the day went without incident. 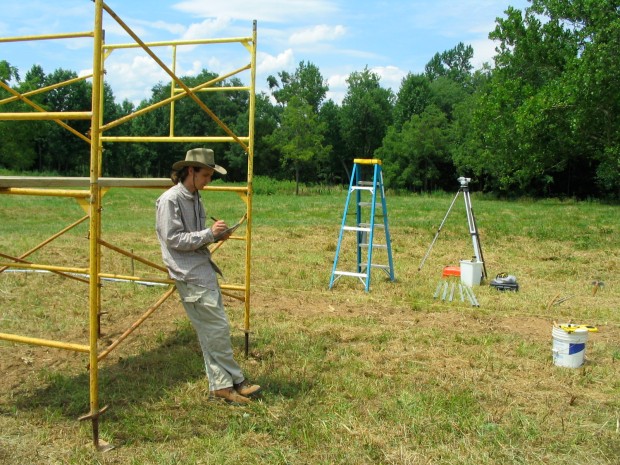 After Gavin had bush-hogged the field, we were able to walk around a bit and get a feel for the lay of the land.  We chose a site for the greenhouse that ended up being almost perfectly level, requiring very little grading.  We set up the scaffolding that we borrowed from my Dad and Gavin spent some time setting out stakes to get the house level.  Then he pounded 5 foot long 1 1/4″ metal pipes 3 feet into the ground.

The greenhouse pipes fit over these pipes and are drilled through and attached with bolts. 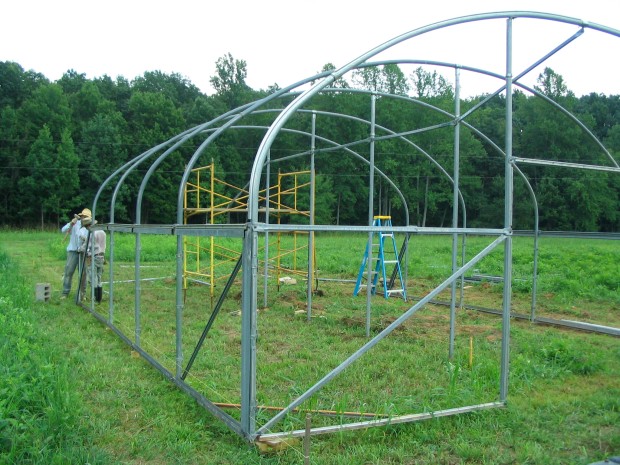 Dad came over one day and helped.  Whenever he comes down we get about five times the work done.

The structure is up and the polycarbonate panels that line the sides are in.

We set the roll of plastic on the ground using a rake to elevate the roll so we could pull the plastic off without it touching the ground.  Then I stood on the scaffolding and fed the plastic to Gavin as he moved the end over each hoop.  It’s hard to tell the height of the house from this picture, but it’s about 11 feet high. 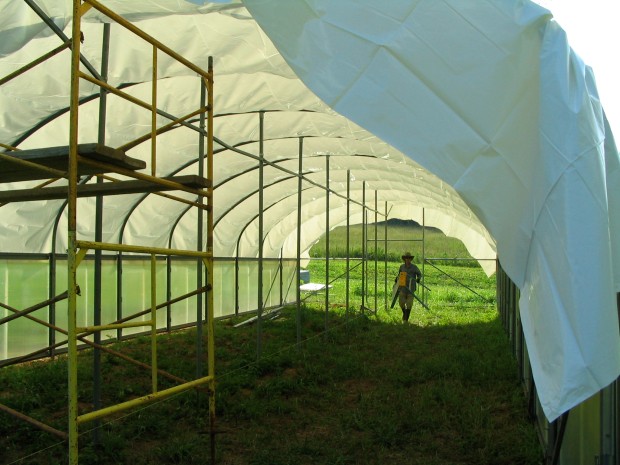 Then we carefully unfolded the plastic down the sides.  We were fortunate that there was very little wind that day.  Any gust would have been disastrous at this point.

Here we have the plastic secured with the wiggle-wires and the edges trimmed.  It is quite a large house!

Here you can see the other end enclosed and complete with the sliding doors.  Gavin’s Mom and her friend Curt came to visit and spent the day shoveling dirt around to level the floor.  It looks great! We left the east end plastic off so we have a place to park the tractor out of the weather.  So obviously this space is not going to be functioning as a greenhouse anytime soon, more like a barn.

We put gravel under the benches and are currently using the space to store the building lumber.