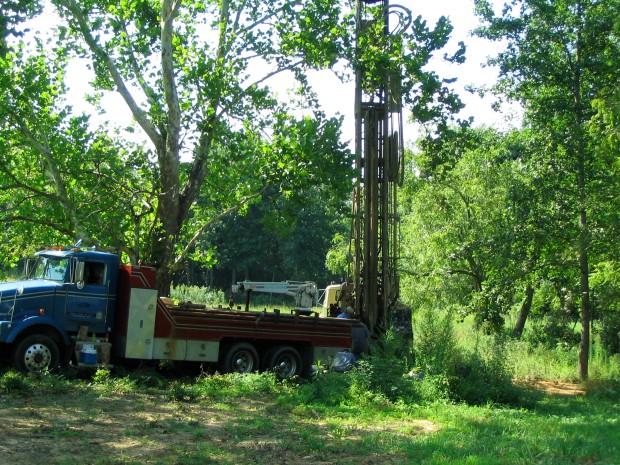 The original spot we chose for the well was near the spring.  The spring is about 2 gallons per minute flow, and has a pump, but needs a lot of work.  For our purposes of irrigating a few acres of crops we needed a more plentiful source. 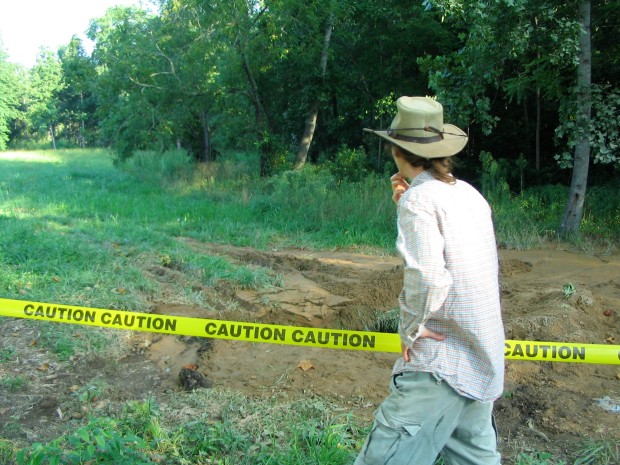 Unfortunately at our first site the hole collapsed, and almost took the well rig with it.  So we had a nice 8′ wide hole with standing water in it there for a while.

The well drillers picked another spot, but the second choice also caved in.  The soil in the first location is practically pure sand.  You can see the where the well rig is in this picture: that’s the third and final location of the well.  It’s about 500′ from the yurt, which is a lot further than we had planned on.

The well ended up being 360′ deep, though they hit water at 165′.  The extra depth will be a reserve in case of drought.  We got about 20 gallons per minute.

Here you can see how far the well is from the yurt.  The yurt site is behind the trailer. 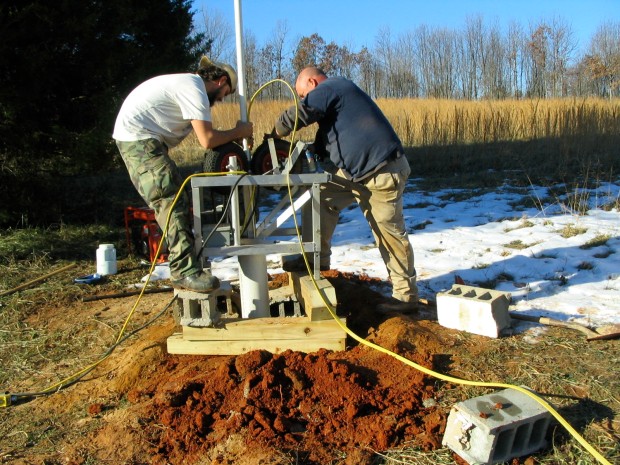 So the well was drilled in August; here it is mid-January and we are finally having the plumber put the well pump put in.

Here’s another project we did in September.  We had a big ditch in our driveway that was used for drainage for tobacco cropping.  So we salvaged the culvert pipe that VDOT had taken out at the driveway entrance, spliced it, and put it in here.

Gavin used the bucket on the tractor for a lot of the digging, but the project involved plenty of hand work too.

The pipe is in place. 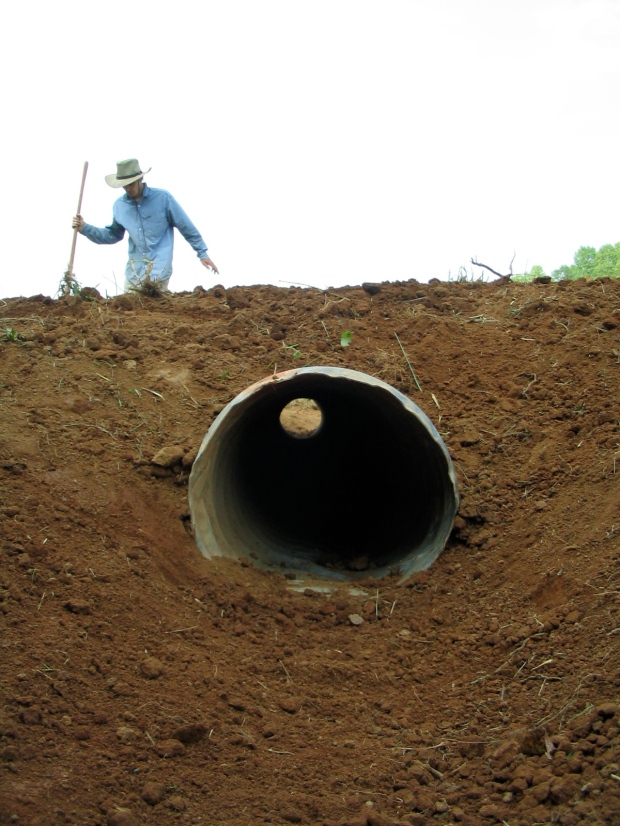 In the background you can see the surveying equipment Gavin used to check the slope on the pipe for proper drainage.  He covered the bare dirt with some grass clippings and it quickly revegetated.  As you can see, most of our 4/10ths of a mile long driveway is dirt/grass right now.  We are slowly adding some gravel tire tracks in the mucky spots.