Recently we bought a new implement: a chisel plow.  We needed it for primary tillage in new ground, which may have rocks or roots we don’t want to damage our other equipment on a first pass.  The chisel plow deeply breaks up the soil without inverting the soil or bringing up the subsoil.  We also have compaction and drainage problems in some of the lower beds which we are hoping this implement will improve. 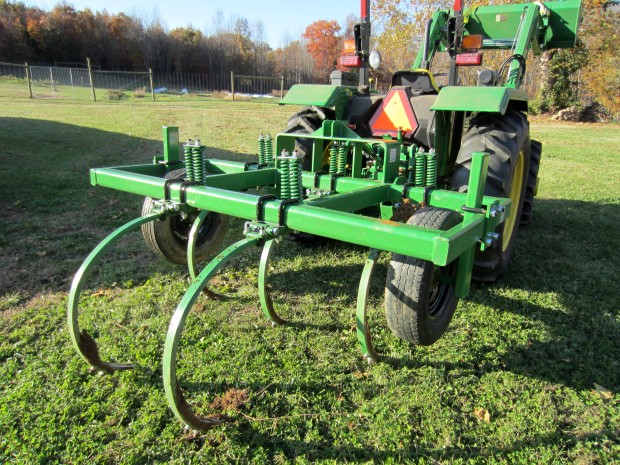 It is quite an impressive beast, I think….

Gavin used the chisel plow for the first time last weekend to plow up a new section outside the fenced area.  He has been working on laying out this area for a few weeks.

There were lots of woody roots in this area from established invasive weeds such as sumac. 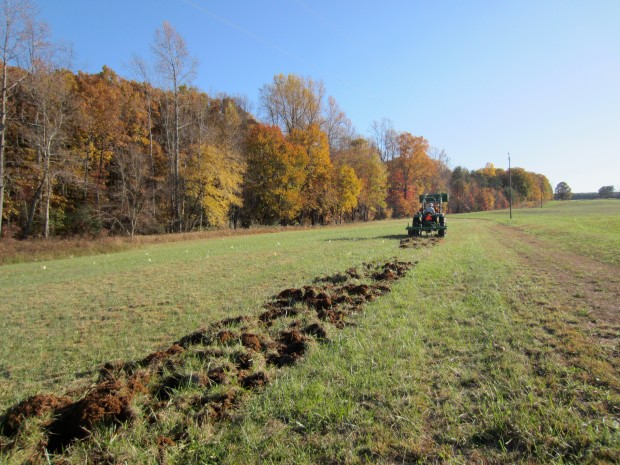 This new area will have three sections of 65 foot rows, 8 rows in each section, with a break between the bottom two rows for a drainage swale.

The new area is just south of the new high tunnel site.

Lots of new rows!  The next weekend Gavin’s Dad and his friend Arnie came to visit, and helped put up the arches on the new high tunnel and put compost on the new rows.  Thanks for all your hard work, Tom and Arnie! 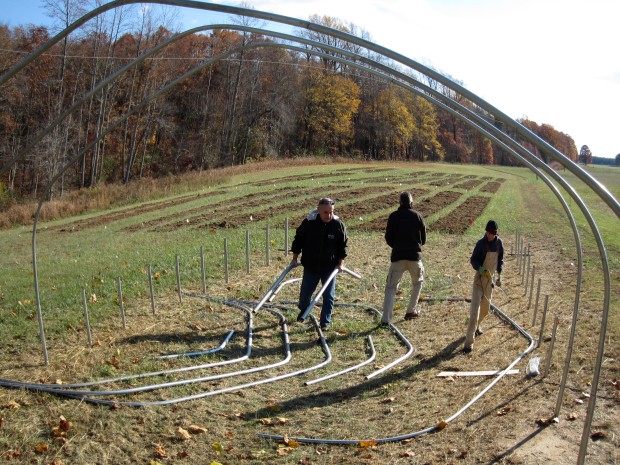 I got a new camera, after 8 years of service from my first digital camera, a Canon A70.  So of course I had to play with the features: the above photo is shot using the fish-eye effect.  The lens on the new camera is also a bit wider, which is nice for the landscape shots.

It was about 40 degrees that day and windy, but at least the sun was shining.

We can’t wait until this space is full of tomatoes! 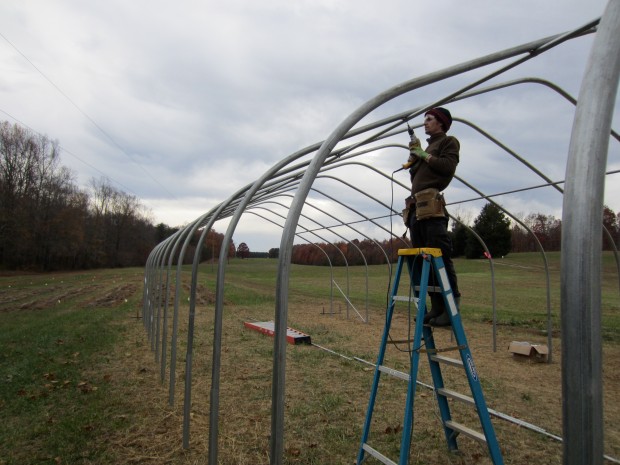 Gavin put on the purlins.  Also notice the amendments he has put on the new rows.  Now they are tilled and have been seeded to crimson clover.

The garden is still feeding us, and we really haven’t done much of the fall cleanup yet.  Some of the beds were sown to cover crop a month ago, but many rows are still filled with plants.  At this late date, the plants will probably just end up staying in the ground until early spring, as it may be a bit late for planting a cover crop (though that didn’t stop us from trying to plant one on the newly tilled area: we’ll see how the crimson clover comes up out there).

The variegation on this purple mizuna leaf is fantastic! 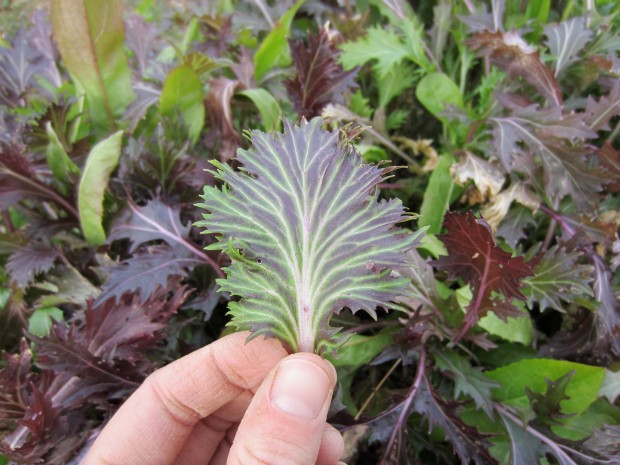 Many more fall/winter projects are in the works.  Gavin is tireless.

One thought on “Chisel Plow and High Tunnel”